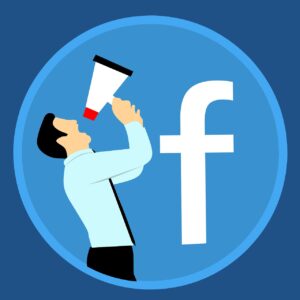 Facebook isn’t new, and neither is the idea that every business needs a Facebook presence. However, a lot has changed since Facebook first entered the marketing scene. Today, the world’s largest social network can do things many of us would never have dreamed of 10 years ago.

Facebook has 1.56 billion daily active users . Let’s put that in perspective. That’s nearly 5X the population of the United States, 20% of the world population … and still climbing.

So imagine the social influence achievable through Facebook in terms of your peer effects, ecommerce business, referrals, customer relationships, reputation, brand awareness, and much more (let alone, in combination with other social media platforms you market through).

It’s not only the sheer number of people but the amount of our attention Facebook owns. Globally, the average user spends almost an hour per day on Facebook. Considering the average person sleeps eight hours a day, that means about 7% of our waking hours is spent with our eyes glued to the social network.

To build a successful Facebook marketing strategy, you’ll first need a comprehensive understanding of your audience. Then 1) developing the right mix of content to drive results, 2) scheduling posts into your editorial calendar, and 3) exploring Facebook’s new offerings for connecting with prospects.

A good rule of thumb is weekday afternoons, typically between 1 p.m. and 4 p.m. If you’re posting on the weekends, shoot for between noon and 1 p.m.

When HubSpot looked into how often you should post on Facebook, quality far outweighed quantity. Pages with over 10,000 followers were the only ones who benefited from posting more frequently. Companies with less than 10,000 followers that posted more than 60 times a month received 60% fewer clicks per post than those who posted five times or fewer.

Ultimately, this means it’s better to be selective about what you publish than to overwhelm your audience with content. Spend less time crafting a lot of posts and more time creating more engaging Facebook posts.